You asked. We answered.

Clients have been demanding a sporty mechanical buckle with a larger width than his classic buckles. With the R18 SUPERDRIVER, Roland not only delivers his first 35mm-wide sport buckle, but he also makes good on another desire of many clients—customisable and/or bespoke options.

Roland Iten’s new ultra-exclusive SUPERDRIVER mechanical belt buckle reflects the sleekness and meticulous attention to detail found in supercar design, discreetly incorporating the “face” of a client’s supercar or classic car into the curvature and lines of this new patent pending buckle.

It operates using an ingenious sliding wheel system and is completely self-cleaning, requiring no lubrication.

According to Iten, it produces “the smoothest” buckle expansion that he has created to date. Coupled with its moving pinons, the manipulation of this buckle is both a delight to the touch and a pleasure to the ears, producing a subtle and gratifying series of clicks. Hence the two words most often used to describe Iten’s inventions: Seriously Playful™.

The SUPERDRIVER is the latest creation in a long line of luxury mechanical belt buckles that have been seducing gentlemen for over two decades.

This is not the first time that Roland has used his experience in car design when creating a mechanical belt buckle: the first was the  partnership with Bugatti in 2009, which resulted in a limited edition series resembling the Veyron.

With the SUPERDRIVER, Roland takes a bespoke approach, offering clients the possibility of incorporating the lines of their own Supercar into the design of the “hood” of the buckle. Roland claims that using the same high-performance chassis, within the same 3.4mm thickness of the hood, he can create any Supercar a client might desire—new or vintage. 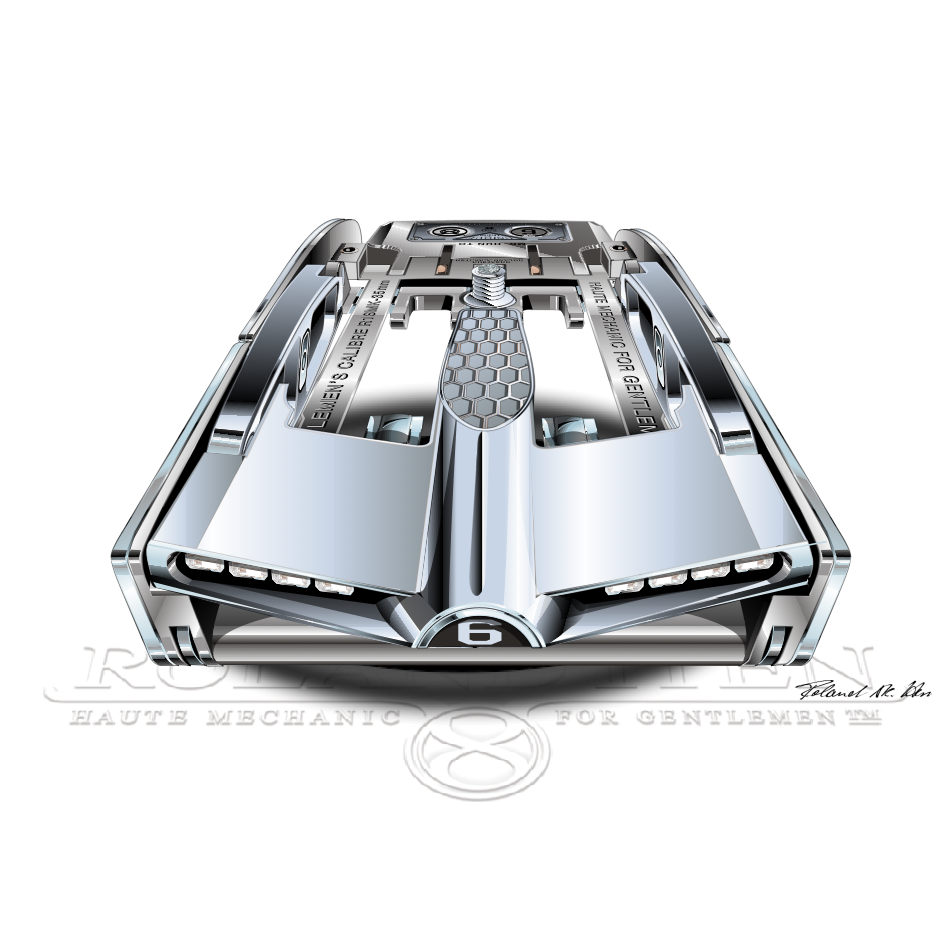 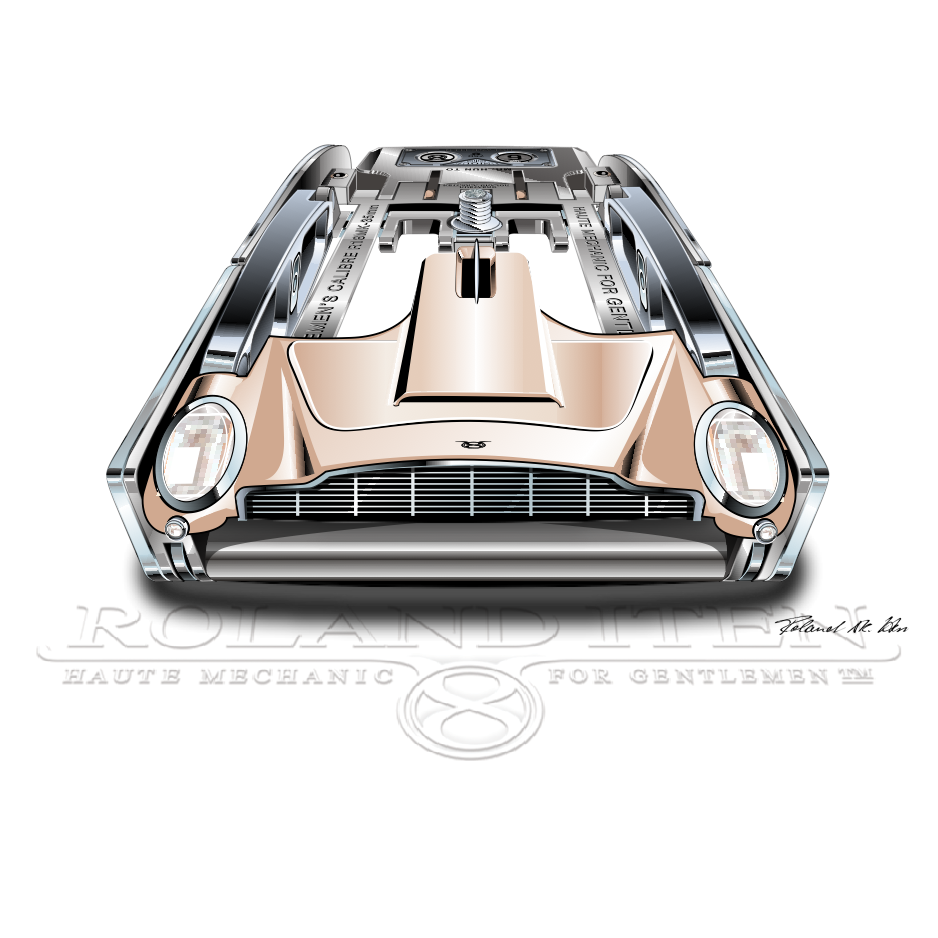 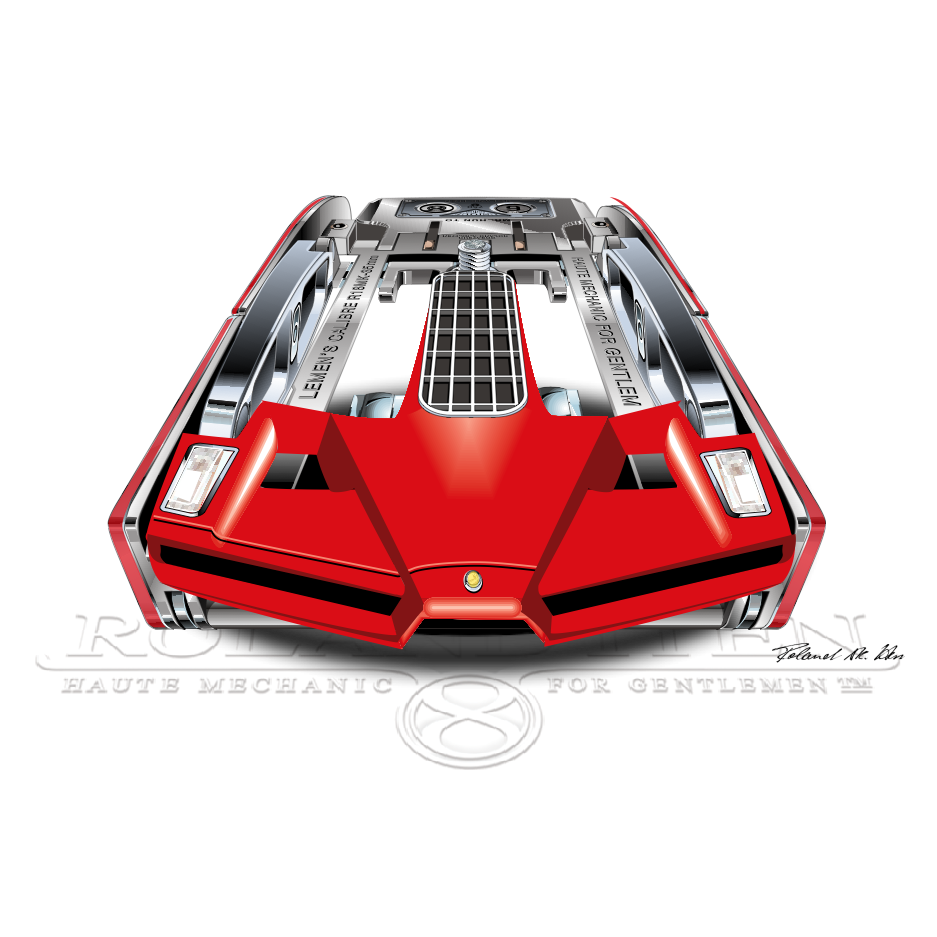 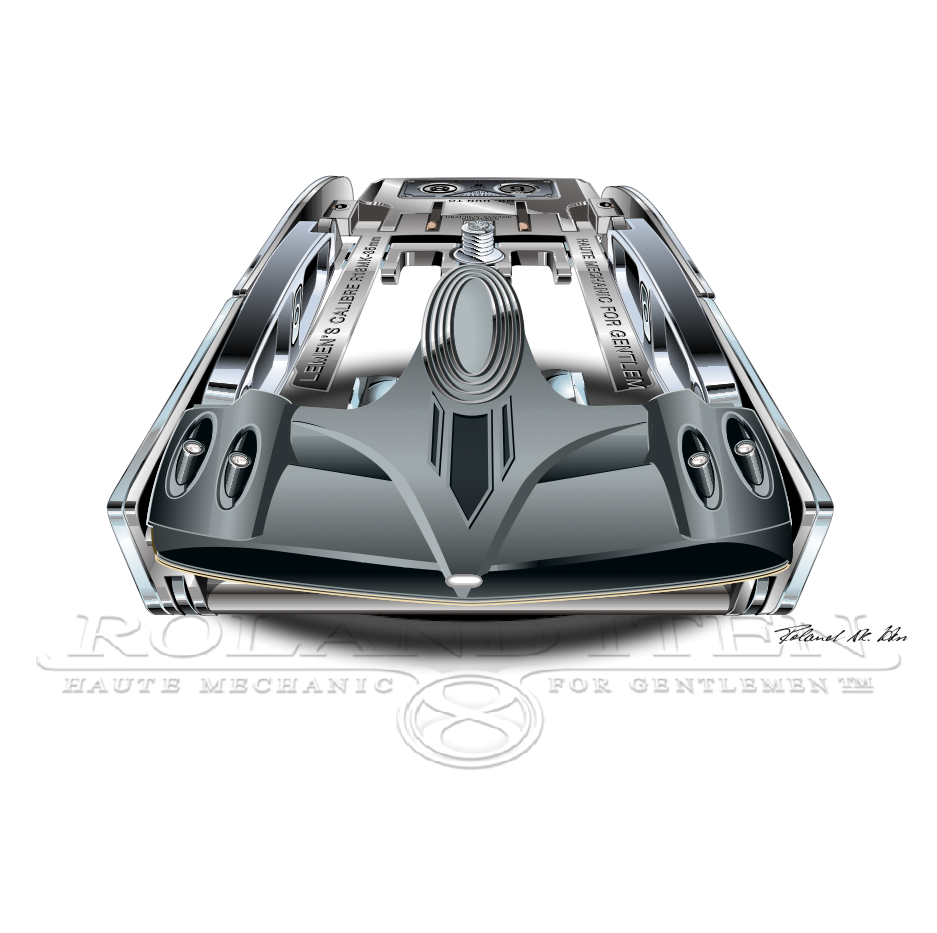 The client can also match certain details of the buckle to the color of his supercar’s bodywork, and/or coordinate the color of the calfskin leather strap and stitching to his car’s interior. 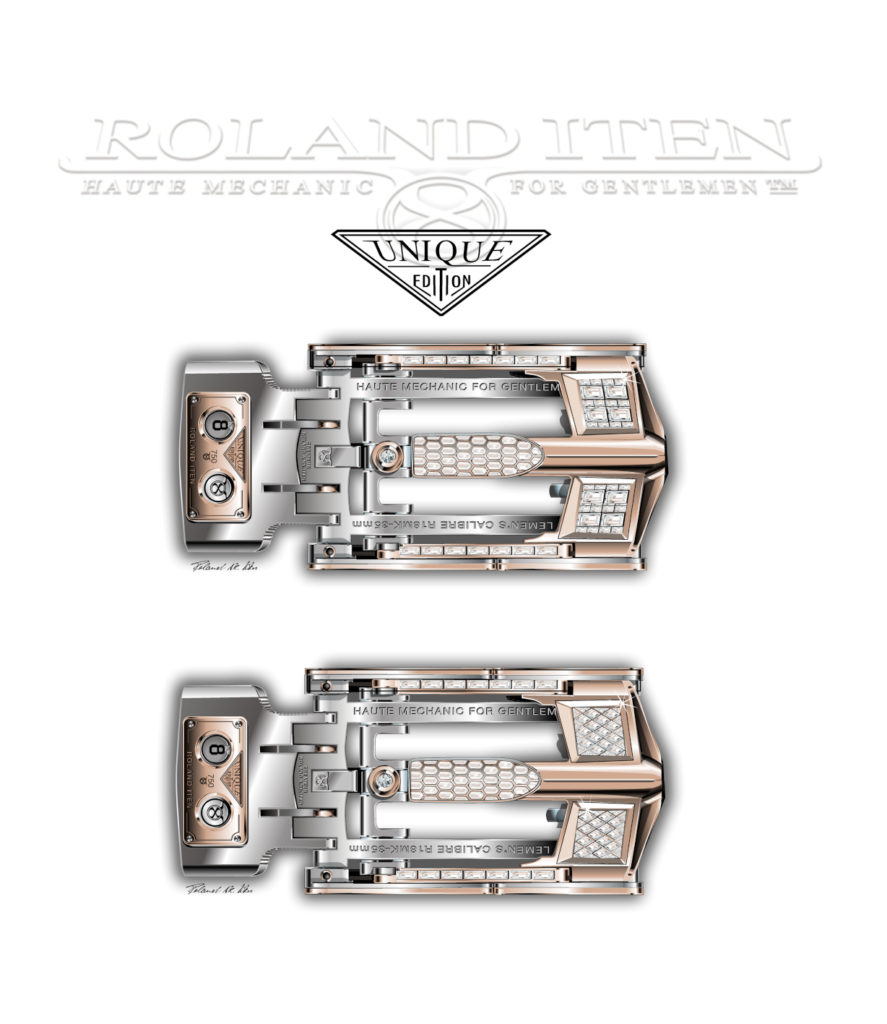 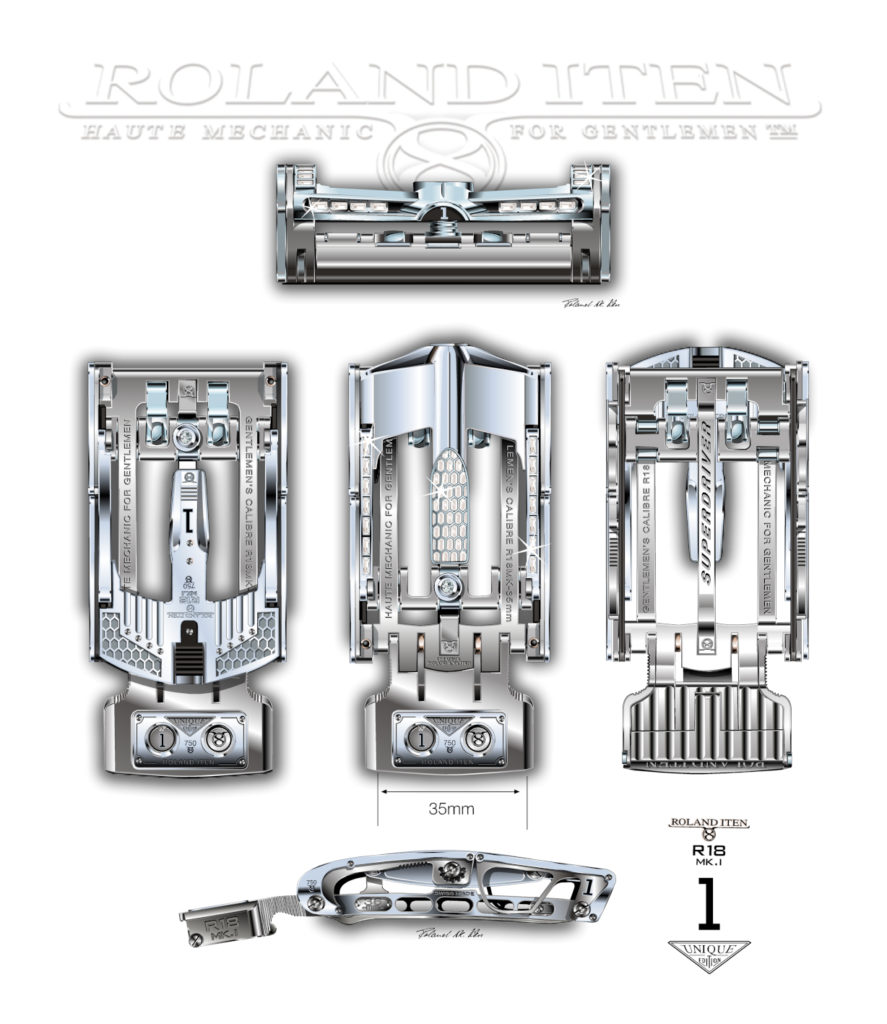 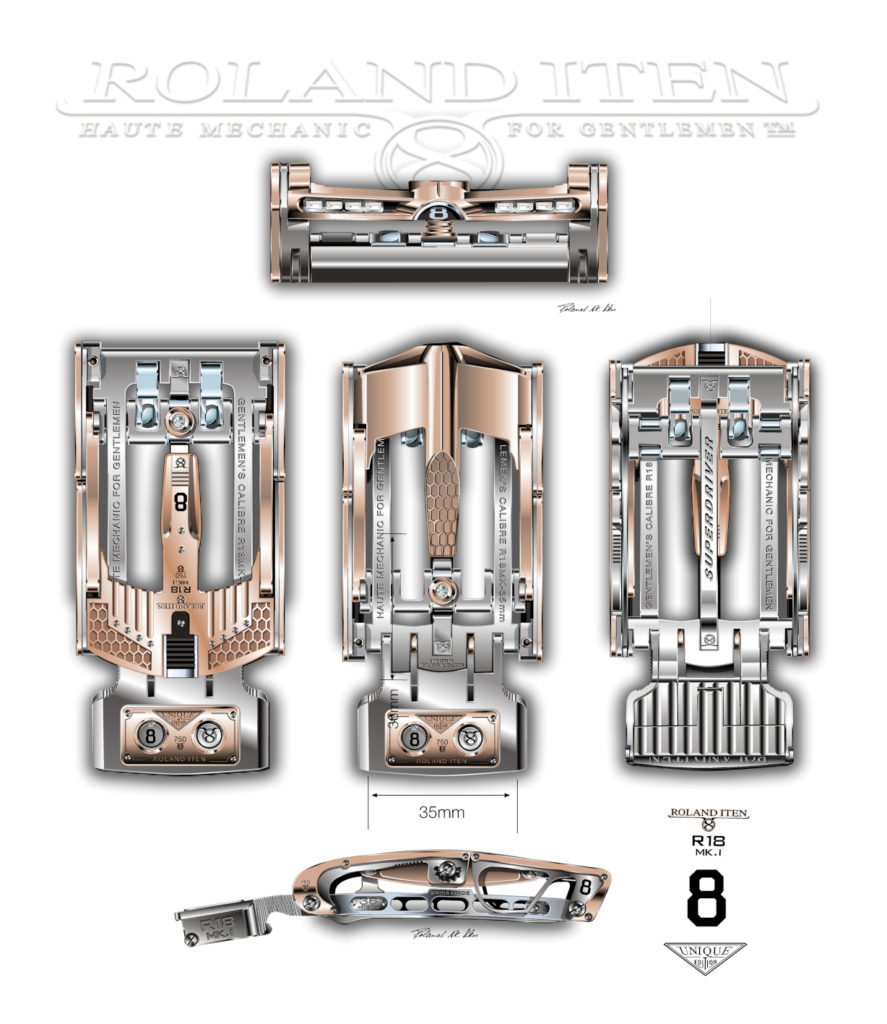 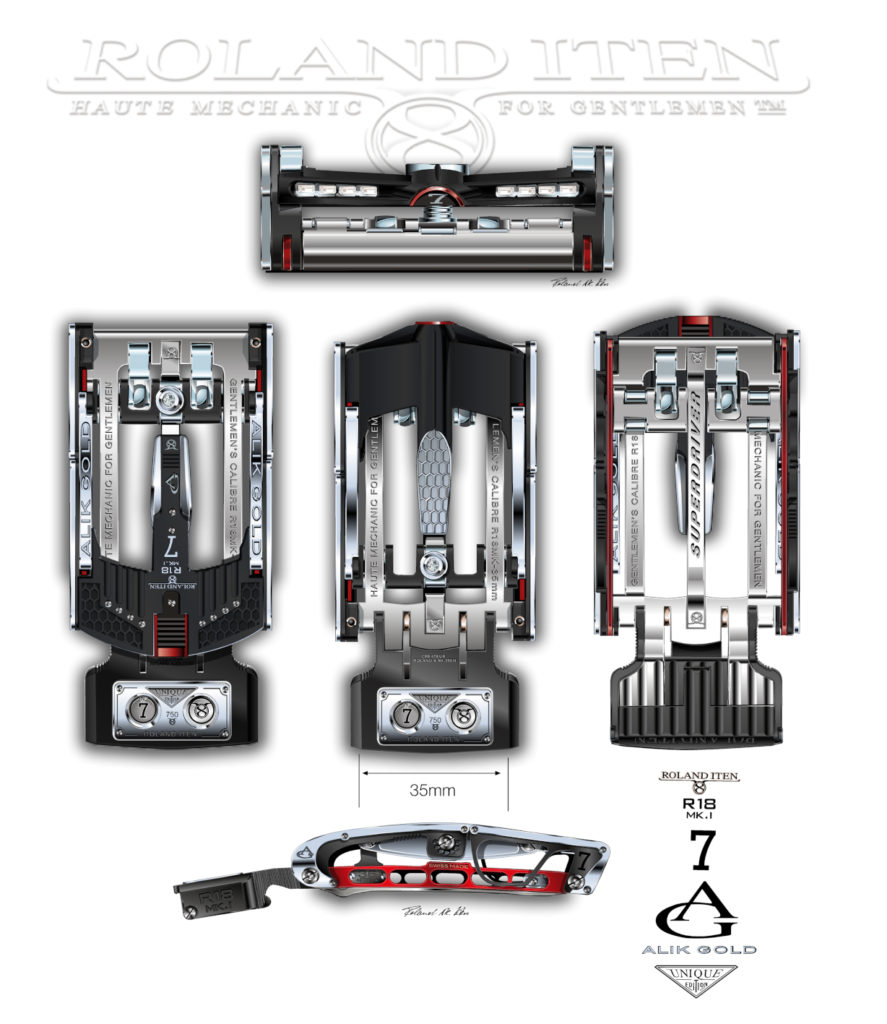